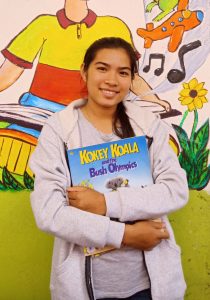 When Ericka was about nine-years-old, her father, a goldsmith, was sent to jail. This meant that she and her 11 month-old brother left Phnom Penh to go live with their aunt in the countryside. To help with her aunt’s expenses, Ericka had to work washing dishes at a small restaurant. She was also responsible for taking care of her baby brother, and she had to wake up throughout the night to feed him. Because she was exhausted from working and being up at night, she often had a hard time concentrating at school.

After living with her aunt for a year, she and her brother moved in with their grandmother for four years (Grades 5-8). When she was in Grade 9 at state school, they returned to Phnom Penh to live with their parents. Thanks to another aunt, whose sons had all participated in programs at EYC, she was encouraged to join as well.

EYC is the place that changes you; it makes you stronger and able to learn better. It changes your mindset and the way you think about your life, your future, and other people.

Her parents have always been supportive of her education. However, her father was resistant to the idea of EYC at first because he wanted her to study at a private school. Knowing her family couldn’t afford private school, Ericka and her mum helped her dad understand that she could get a good education for free at EYC. 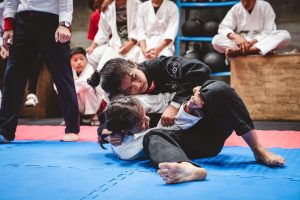 Ericka, now 17, has been an EYC student for the last three years and has participated in English, computers, piano, and Jiu-Jitsu, in addition to being a Team Leader for the dance program. Her time at EYC has been fruitful. Her English has improved significantly, and she is no longer nervous to talk since she has had the chance to interact with a lot of foreign volunteers and visitors at EYC. Additionally, she has become accomplished at the piano and Jiu-Jitsu. Ericka believes it is essential for girls to know how to protect themselves, and because of Jiu-Jitsu, she now feels confident and comfortable going places.

As a student from a poor family, Ericka often feels discriminated against at her state school by both teachers and students from more affluent backgrounds. One teacher, who frequently ignores her, told her that she wouldn’t pass Grade 12…she is determined to prove him wrong. 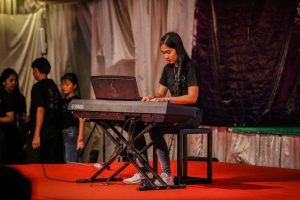 Unlike state school, Ericka feels connected to the other EYC students and has always been treated fairly and been supported by her teachers. She credits EYC with providing opportunities for her to pursue her studies, build her confidence, and to know that she can accomplish things she never imagined.

Once she passes Grade 12 (which she will!), Ericka hopes to study International Relations at university and then study abroad in the US or Australia. Her future goals include working in an embassy and traveling the world!